Automatic edit detection with FFmpeg and import into Premiere via EDL

I like to study films in an NLE like Premiere. You can see the rhythm of the scenes a lot clearer when you look at clips in the timeline. Like this: 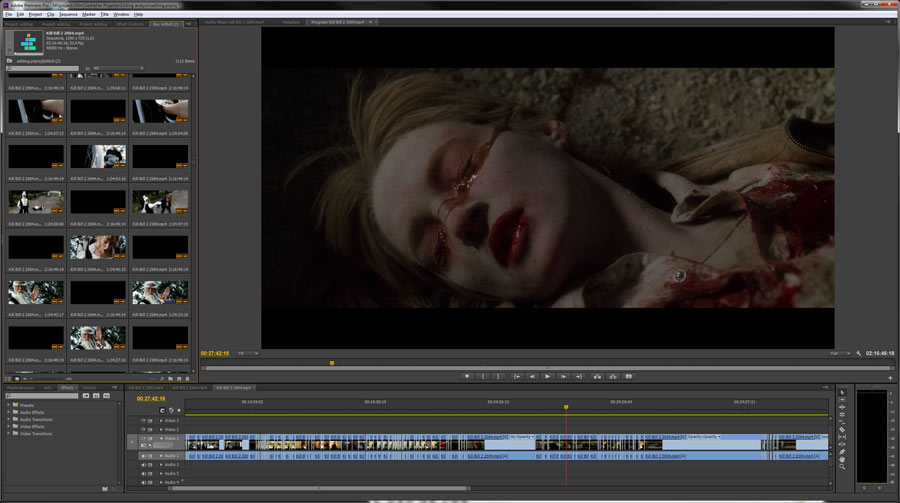 Unfortunately it used to be very tedious to go through a scene (let alone a whole film) and set all the cuts again by hand. Until now. Today I created a workflow to automate edit detection for use in an NLE. All you have to do is run two tools and you get an EDL that you can import into your NLE of choice, link the media and off you go. The whole process takes maybe 15 minutes for a feature length movie.

You need to touch the command line for two commands, but stay with me, it's really simple. The hard part, the actual scene detection in the movie file, is done by the wonderful ffmpeg program, more specifically the ffprobe program. It takes a video file and creates a spreadsheet file with the times of the edit points it detected.

The second part is creating an EDL from this spreadsheet file. I wrote a little tool for this today that you can download below. It is written in C# as a console application, is release as GPL code and hosted on bitbucket if you want to compile it yourself or modify it. It should work as is on Windows and on OSX and linux if you install Mono.

If you want to use it, here is a step by step guide.

I have only used it on a couple of movies so far so there may be some rough edges - if you run into a problem, drop me a line.